The company, however, narrowed its losses from 58.81 billion won a year earlier and 703.75 billion won from the previous quarter. 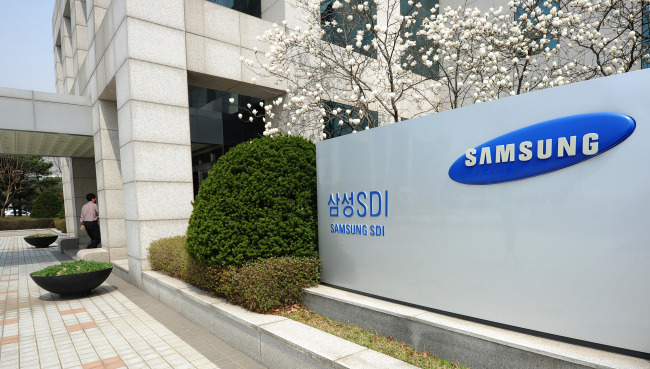 In the April-June period, the net profit came to 955.8 billion won, reversing a loss of 310.3 billion won on-year.

Samsung SDI attributed the earnings improvement to the increased sales of its small-sized batteries. “Cylindrical batteries that are used in gearing tools and polymer batteries, which were boosted by the sales of (Samsung’s) flagship smartphones, led to the profit,” the company said.

It also pointed that the recent spin-off of its chemical business to Lotte Group drove profit growth.

Samsung SDI said it plans to make a big push on batteries that go inside gearing tools, electric vehicles and IT products to increase profitability in the third quarter.