The smartphone OLED realm has been a stronghold of Samsung Display whose market share reached 97.7 percent in the Jan-March period, according to market research firm IHS.

Among the runner-ups in the segment are LG display of South Korea and AUO of Taiwan whose market share stood at 0.9 percent and 0.7 percent, respectively, in the first quarter. 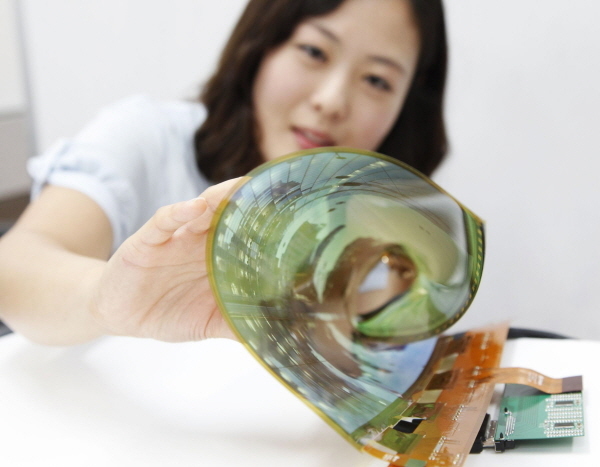 The company’s OLED displays have been mostly used in Samsung Electronics’ flagship smartphones, including the Galaxy S and Galaxy Note lineups, but they have recently been adopted by Chinese smartphone-makers including Huawei, Vivo and Oppo.

As Apple is expected to roll out its iPhone smartphones fitted with OLED displays, more display makers are ramping up their investment in OLED.

Tokyo-based tech firm Sharp, which was acquired by Foxconn of Taiwan in April, plans to mass-produce OLED panels in earnest in 2017 and JDI of Japan, the world’s second largest smartphone display makers after Samsung Display, is currently building OLED facilities, which will be up and running by the year of 2018.

Chinese firms including BOE, Tianma, and EverDisplay have jumped into the OLED market.

Not to be outdone, LG Display announced on July 27 a 2-trillion-won (US$1.80 billion) investment plan to build production lines of plastic OLED, or flexible OLED, at its P9 plant in Paju, Gyeonggi Province.

The Korean display maker will roll out 15,000 sheets of the sixth-generation POLED, measured 1,500 millimeters by 1,850 millimeters, per month.

POLED is considered an ideal technology for rollable and foldable displays because of its flexibility and lightness.

When the new POLED production lines at the P9 is in full operation, as early as the third quarter of 2018, LGD’s total production capacity for the sixth-generation POLED can reach 30,000 sheets a month, including 15,000 units to be rolled out from the firm’s Gumi plant.

“Considering 200 smartphone panels can be made from a single sixth-generation POLED, the company will be able to produce 3 million smartphone POLED panels a month by the year 2018,” an LG Display public relations representative said.