A total of 13 companies participated in the forum, including Korea’s Hyundai Engineering & Construction and Daechang Corporation, and Spain’s Groupo ACS, the world’s leading construction firm. 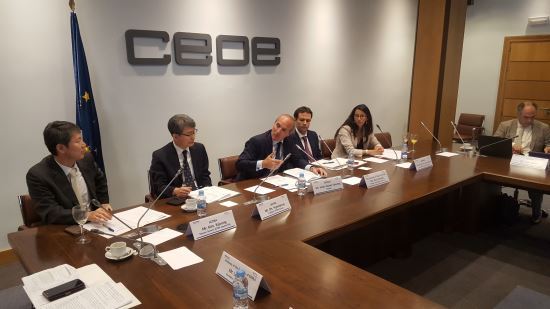 Through the forum, the participating firms aim to cooperate and expand into other developing countries as business partners.

“Korean firms can make use of Spanish firms’ experience and network when expanding into Latin American countries,” an official from KOTRA said.

“When combining the construction market share of both countries in 2014, it’s 20.2 percent, ranking No. 1 in the world,” Julian Nunez, president of SEOPAN said. “The two countries have to strengthen business cooperation.”