[LOTTE CRISIS] Who is Hwang Gak-kyu?

Hwang is the president in charge of policy coordination of the group, which is regarded as the control tower of the retail giant. The team is responsible for various mergers and acquisition deals of the conglomerate and was also in charge of constructing Seoul’s 123-story skyscraper Lotte World Tower. 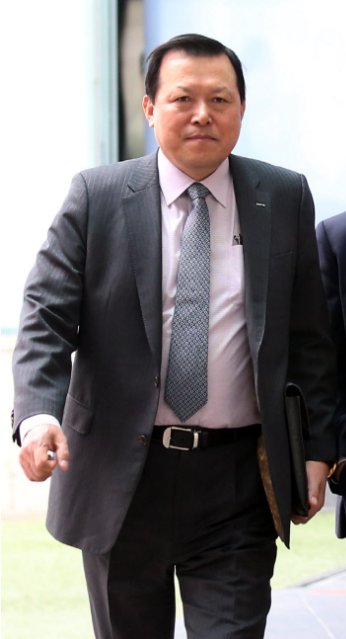 The policy coordination headquarters served as the stepping stone for Shin Dong-bin to rise to power in 2011. Shin helmed the headquarters in 2004 and was able to learn about the group’s core businesses and all its affiliates before becoming the group’s chairman.

Hwang, who graduated from the prestigious Seoul National University, joined Honam Petrochemical (now Lotte Chemical) in 1979. He first met Shin in 1990 when Shin was serving as a senior executive of Lotte Chemical.

Since then, Hwang has assisted in a number of Shin’s major projects, including acquiring Daehan Fire & Marine Insurance (now Lotte Insurance) in 2007, Doosan Liquor (now Lotte Liquor) in 2009 and KT Rental and part of Samsung Chemical in 2015. Also Hwang worked with Shin on the highly anticipated Hotel Lotte IPO, which has been postponed indefinitely due to the probe.

Sources say prosecutors will soon summon Shin, along with key executives of the group, including Lotte Chemical president Heo Soo-young and So Jin-se, the head of external relations at the policy coordination headquarters,