“Let’s become kindergarteners who fight against the evil Communist Party and defeat them,” a girl shouted in the string of videos released by the church, which requested to stay anonymous, on a portal site in June. 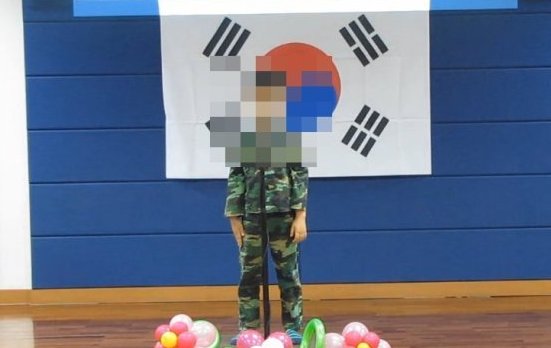 In another clip, a boy wearing a military uniform says, “The reason why this country was torn apart was because of communism,” in reference to the 1950-53. “The North Korean Communist Party asserts that they can kill parents, relatives and family for the sake of communism.”

He later ended his 2-minute long speech by saying, “North Korea’s communism and the Communist Party should be eradicated forever in this world.”

“North Korea’s Communist Party does not believe in God,” a girl, wearing traditional Korean hanbok in black and white, said. “They say God is nonexistent. How foolish.”

These remarks were all made during the church’s annual speech contest on patriotism in June.

"The church did not organize the event. The kindergarten class autonomously made decision to hold it," an official at the church said in response to the controversy.

According to local online news outlet Media Today, the church-organized speech contest began in 2007, with contestants ranging from kindergarten children to elementary school students and middle school students across the country.

Military officers and soldiers in active service were reportedly included in the contest's judge panel. It was reported late pastor emeritus of the church, who was a disabled veteran of the Korean War, started the speech contest.