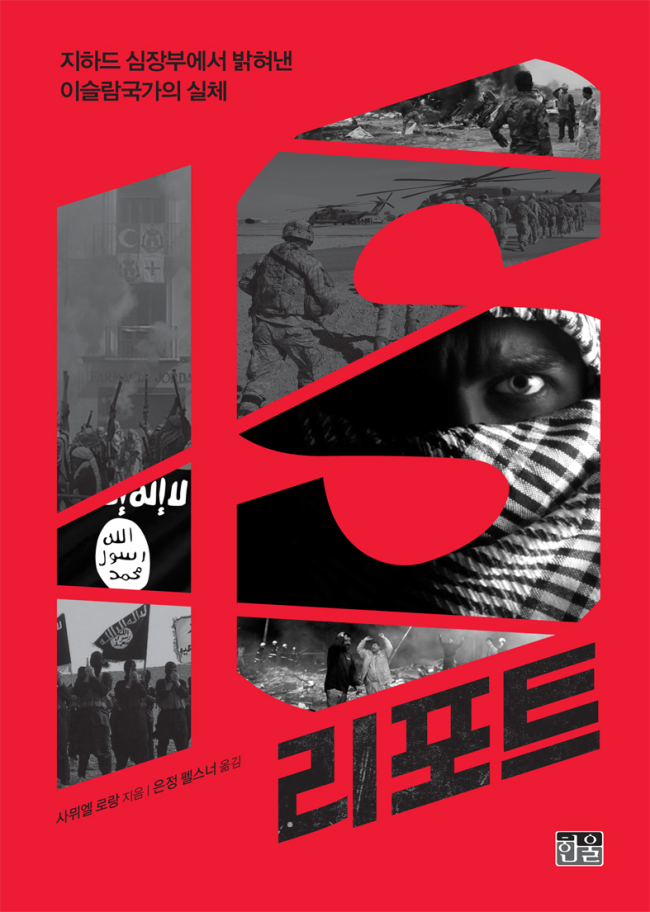 Since it declared statehood about a year ago, the Islamic State, a jihadist militant group, has been making headlines with beheadings of hostages, terrorist attacks and other nefarious activities to push for its religious causes.

Despite the U.S.-led fight against the radical group, the IS has been strengthening its clout in Iraq, Syria and beyond, as if to confirm the revival of a “caliphate,” a political-religious entity built in the 7th century following the death of Prophet Muhammad.

In the book, entitled “IS Report,” French journalist Samuel Laurent gives an in-depth analysis of the Islamic State, which has emerged as yet another transnational security challenge that calls for international cooperation.

Hanul Publishing Group has recently unveiled the 252-page Korean-language version of the book, which offers a vivid picture of what the IS consists of and how it has expanded its influence, based on his interviews with operatives of IS and other terrorist organizations, and various eye witnesses.

The book, in particular, analyzes the administrative structure that appears well-organized like a state entity. The structure comprises seven major divisions in charge of warfare, information, finance, public administration, propaganda and the production, procurement and provision of weapons, the author says.

The book also explores the role of the IS’ judiciary in maintaining order and peace in the realms controlled by the group. The author points out that its judiciary also seeks to monitor people based on its rigid interpretation of the Quran and Sunnah (the speeches and conduct of Prophet Muhammad) to justify the IS leadership’s despotic rule.

As for the group’s financial sources, Laurent delves into the IS’ production and sale of oil, particularly in the northeastern region of Syria where some 60,000 barrels of crude oil are produced each day. He notes the IS sells the oil at prices 50-60 percent cheaper than the international oil price, allowing it to rake in $3 million every day from the Syrian site.

Laurent is a France-based journalist specializing in Arab-related issues, including terrorism and sectarian feuds. Based on his news coverage, he has published several books including “Sahelistan” and “Al-Qaida in France.”