For mainstream theorists -- be they liberalists or realists -- material power, trade volume, investment amounts and other tangible, thus, measurable, data are critical sources of research, while “soft” concepts like identity have largely been overlooked.

This explains the lack of academic research into the national identities of South Korea and Japan and how they influence the bilateral relationship now, hindering the Northeast Asian neighbors from moving past a particular time in their shared history -- Japan’s 1910-45 colonial rule of Korea. 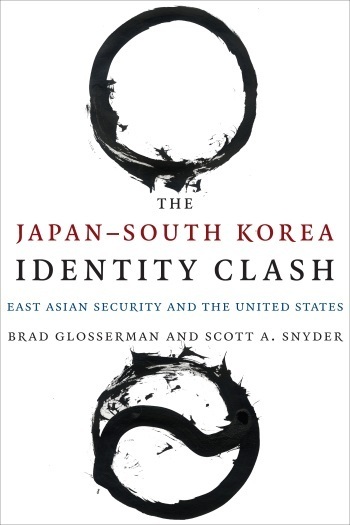 Written by two leading U.S. experts on East Asian politics -- Brad Glosserman and Scott A. Snyder -- “The Japan-South Korea Identity Clash” delves into the role of the identities in shaping public opinion and, in turn, affecting their foreign policy decisions.

“State behavior depends on history and culture, as well as capabilities. Raw power is important, but so, too, are beliefs, values and norms,” reads the 180-page book recently published by the Columbia University Press.

“A society’s conception of itself shapes what it thinks is important. Identity shapes interests and interests determine foreign policy.”

Indeed, the fraught relationship between Korea and Japan cannot be well explained without fully grasping their identities based on their historical experiences, which have been interpreted differently to the detriment of bilateral cooperation.

Without analyzing the variables that come into play to forge the identities, it is difficult to explain why the two nations sharing common values -- democracy, market economy and so on -- cannot cooperate on an array of practical issues including the shared threat from a nuclear-ambitious North Korea.

In light of this, this book offers crucial insights into the identity variables that have changed amid the shifts in domestic and external circumstances such as Korea’s democratization and newfound national pride, and the end of the Cold War that brought the core allies of the U.S. together under America’s strategic leadership.

The book, in particular, employs public opinion polls, conducted in both nations, as a central analysis tool to give a better understanding of how the two neighbors view themselves, each other and the U.S. -- views that, after all, represent their identities and affect their policy choices.

The authors have conducted a review of more than a decade of public opinion surveys on foreign affairs issues and carried out their own survey of elite opinions to study the contours of the national debate about foreign policy orientations.

Based on their analysis of the bilateral relations, the authors propose a “Grand Bargain,” urging Seoul, Washington and Tokyo to “go big and be bold” to promote a stronger trilateral cooperation. The Grand Bargain is an approach that acknowledges the role of the U.S in resolving the historical issues between its allies.

Without taking sides between the two, the U.S. can play a “facilitating” role to enable the three nations to cooperate to forge a future-oriented partnership to ensure regional security and prosperity, the authors point out.

With the U.S. acknowledging its deep involvement in the historical events at the end of World War II that gave rise to the ongoing historical conflicts between Korea and Japan, the U.S. can set the mood for the two nations to pursue a “stable and productive” relationship, they argue.

Both authors are renowned for their extensive research on East Asian politics. Glosserman is the executive director of Pacific Forum CSIS, a research arm of the U.S.-based think tank Center for Strategic and International Studies. Snyder is senior fellow for Korea studies and director of the program on U.S.-Korea policy at the Council on Foreign Relations.