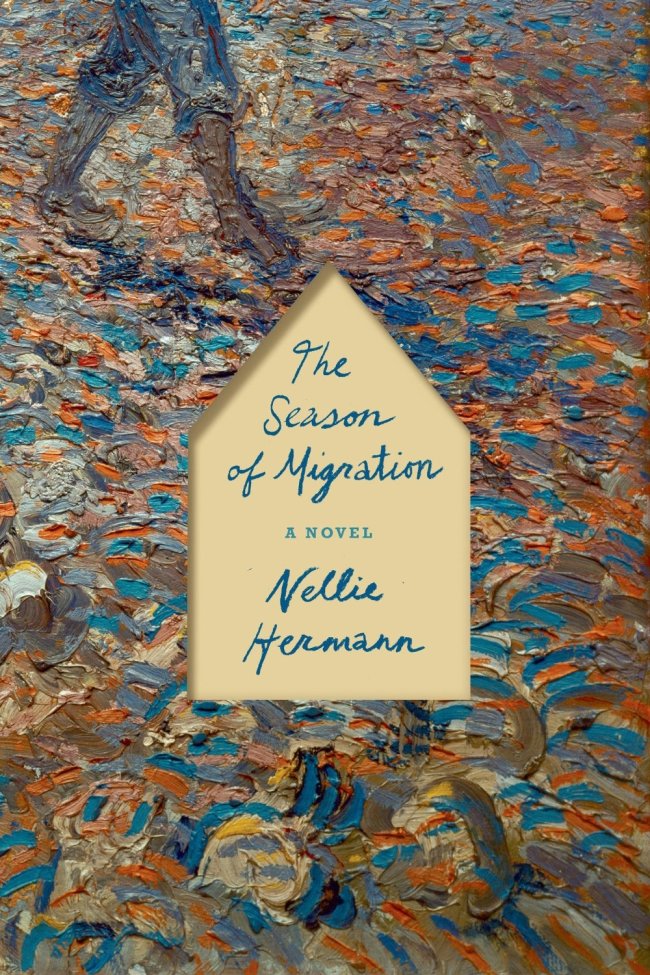 The Season of Migration
By Nellie Hermann
(Farrar, Straus and Giroux)


When Vincent van Gogh steps off the train in the coal-mining region of Belgium known as the Borinage, his artist’s eye is immediately captivated by his surroundings.

Van Gogh has not come to paint the region but to save souls. Before he was an artist, he was a minister, sent to bring comfort to the poor, hungry and desperate families who slaved in mines to warm the rest of Europe. His experiences destroyed his faith and led to the “Lust for Life” famously described in Irving Stone’s 1934 novel and later the Academy Award-winning film of the same name.

Novelist Nellie Hermann doesn’t replicate the work of Stone and other biographers in the new “The Season of Migration,” but attempts to add to our understanding of Van Gogh with an imagining of a 10-month “silent period” in which he broke off communication with his younger brother, Theo, to whom Van Gogh wrote hundreds of letters during his lifetime.

Hermann describes the silence that lasted from August 1879 to June 1880 as one born of heartbreak and frustration as Van Gogh’s faith fails in the wake of a mining disaster and he comes to see his call to ministry as a mistake.

A poor student who had been let go from jobs selling art and teaching school, Van Gogh is already familiar with shame and defeat when he arrives in the Borinage. His dedication to service ― nursing the sick, establishing a rudimentary school ― wins him the miners’ respect.

But the madness that will plague him until his death is already evident, and villagers begin to distance themselves as he stops eating and bathing. His future as a minister is already in doubt before a mine explosion kills the woman he loves and spurs a full-scale breakdown.

By the time Van Gogh regains his sanity, he has abandoned the belief that the miners’ fate is God’s will and understands he is unfit for orthodox ministry.

Hermann’s writing is strongest in her descriptions of Van Gogh’s observations during his ramblings through the Borinage and, later, the French countryside. He trades sketches for food, but is still struggling to find himself as an artist, and it will be years more before he becomes the master we now know.

The novel leaves Van Gogh on the brink of destiny, waiting for what’s next. It is an unfinished, unfulfilling ending, concluding much like Van Gogh’s time in the Borinage. (AP)