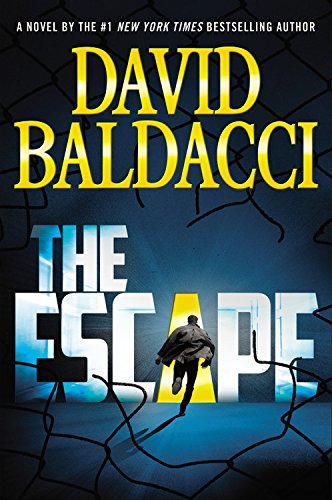 
One of the most compelling characters in David Baldacci’s thrillers is John Puller, a crackerjack investigator of military crimes. In “The Forgotten” and “Zero Day,” readers learned that Puller has an older brother, Robert, who is serving a life sentence for treason. In “The Escape,” Baldacci reveals the reason for Robert’s imprisonment.

The story begins on a stormy night in Kansas. There’s a major power failure at Robert’s maximum security prison. The computer-controlled cell doors unlock and inmates come pouring out into the darkness. Robert escapes, leaving an unidentified dead man in his cell.

Robert’s disappearance unnerves authorities because he’s an expert in nuclear weaponry and cybersecurity. They ask Puller to find his brother and return him to prison.

As he works to accomplish this mission, Puller discovers the U.S. intelligence community is full of its own spies ― and those working for its enemies.

Twists and turns come fast and furious in the best Baldacci tradition.

“The Escape” is much more than a thriller. It’s a moving tale of two military brothers and their father, a retired Army general and fighting legend now suffering from dementia.

Emotionally intense, “The Escape” is Baldacci’s best to date. (AP)