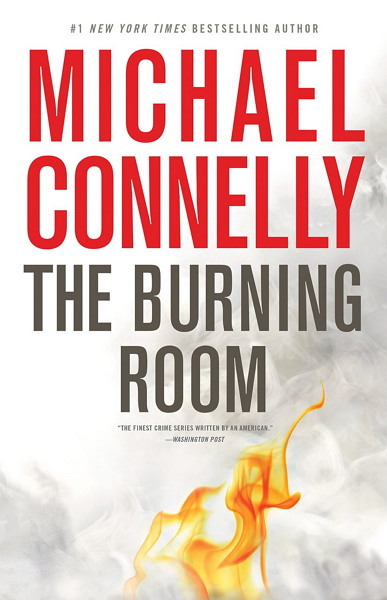 
Politics often seeps into police investigations, especially when a high-profile case has officials from the city to the state level jockeying for a piece of the action.

LAPD detective Harry Bosch has seen enough of politics interfering with his investigations through the years. Now, as he supposedly enters the last year of his career, Harry is even more tired of this intrusion that erupts constantly in “The Burning Room,” the excellent 19th novel in Michael Connelly’s superb series. “The Burning Room” excels as a look at how power, prestige and the media can override the best intentions. Connelly also weaves in a bit of the immigrant experience that helped shape ― and continues to mold ― Los Angeles.

But Harry, as Connelly has shown in novel after novel, refuses to let his mission of uncovering the truth about a crime be altered by others. Harry and his new partner, Lucia “Lucy” Soto, are handed a case that has attracted attention for a decade. Mariachi musician Orlando Merced was shot 10 years ago in the middle of a busy plaza, becoming the living symbol of urban violence and a campaign slogan for Armando Zeyas, who became a popular L.A. city councilman.

Now, the paralyzed Orlando has finally died, prompting the Open-Unsolved Unit ― the official name for the cold case department ― to reopen the case. If Bosch and his partner can find a match to the bullet, which has been lodged in Orlando’s spine all these years, they might be able to find the murderer. The demand for a quick solution starts with Harry’s LAPD boss who is being pressured by Zeyas, now the frontrunner to be L.A.’s next mayor.

The case leads Harry and Lucy on a trek through Los Angeles’ poorest and wealthiest neighborhoods. They link the shooting to the arson of an apartment building in which several children died and a bank robbery.

One of the pleasures of a Connelly novel is how he immerses the reader in the minutiae of a police procedural, making the most mundane aspects of an investigation exciting.

Since his 1992 debut “The Black Echo,” Connelly has uncovered more of Harry’s psyche with each novel. Harry has taken a deferred retirement and is in the last year of his job. But will he fight to stay with the LAPD, or has he grown so tired of the politics, both external and within the department, that he welcomes retiring? Harry’s new partner Lucy further energizes “The Burning Room,” as the veteran detective relishes being her mentor and showing her how the LAPD works, and fails. Lucy makes mistakes but she also shows that she has the insight and the grit to make it as a detective. Connelly will be keeping her around for several novels and she has the potential to lead her own series.

Even if Harry leaves the LAPD, a year can result in several novels and, as he has proved before, Connelly still has much to explore in Harry’s personal growth. (MCT)