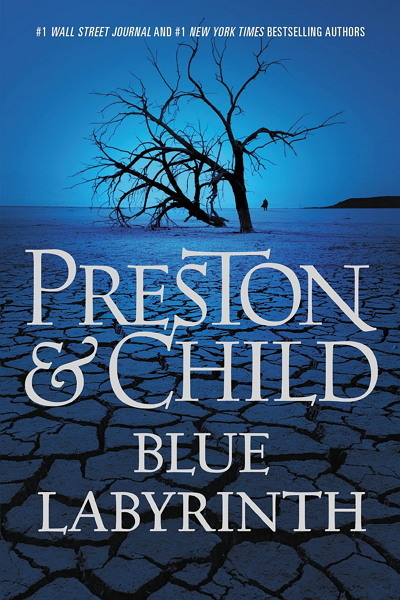 
A family secret over 100 years old comes back to haunt FBI Special Agent Aloysius Pendergast in Douglas Preston and Lincoln Child’s latest thriller, “Blue Labyrinth.” A knock on Pendergast’s door propels the story when it’s opened to reveal a tied-up corpse. The deceased is his estranged son. What’s found on the body leads Pendergast to an abandoned mine, and as he discovers deception and treachery, he also learns uncomfortable truths about his family heritage.

While Pendergast investigates the death of his son, a murder in the New York Museum of Natural History leads Lt. Vincent D’Agosta on a bizarre search to track down the murderer. A visiting scientist seems to be the primary suspect, but when he’s tracked down, he doesn’t come close to the description of the man who was in the museum. Was it someone who used trickery and a disguise to infiltrate the museum and commit murder? Sounds right up Pendergast’s alley. D’Agosta persuades Pendergast to help, but will he be distracted by family secrets?

Characters in “Blue Labyrinth” must face their darkest fears if they’re to succeed in their quest for answers. For Pendergast, family members have created the problem, and he will be forced to rely on his loved ones if he’s to survive.

Preston and Child have the ability to blend contemporary forensic thrillers with a dose of Dickensian/Sherlock Holmes-era atmosphere. Add a villain to a vendetta that has spanned generations and a cast of characters that readers will find emotionally satisfying, and the end result is another best-seller for the duo. (AP)