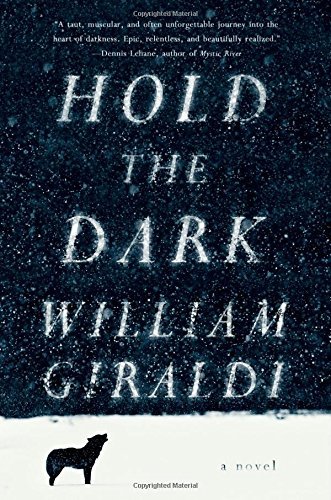 
If dark, violent novels aren’t usually my cup of tea, why did “Hold the Dark” exert such a hold over me, right from the start?

“Hold the Dark” begins simply enough ― wolves have taken three children from a tiny Alaska hamlet. Medora Slone, mother of the most recent missing child, beckons Russell Core, a nature writer who has become a wolf expert after living with them for a year in Yellowstone, to her village that is so far off the grid that it doesn’t seem to exist at all. The aptly named Core understands that one cannot see oneself fully until reflected in the eyes of a beast.

This is a place in which the human and animal world grate against one another. The townspeople don’t have full membership in the world ― and mostly they liked it that way. Core imagines that the gray wolves wanted “a story woven of truth, not myth, one not tilted by dread.”

Truth and myth are inseparable, though, as Medora’s husband returns home from an unnamed desert war. His wife has vanished and mystery swirls over his son’s death. The search for the missing 6-year-old boy may propel the novel initially, but this is no simple man versus nature crime story, ripped from the headlines and set in the Alaska wild.

William Giraldi explodes that trope with a complex, house of mirrors, suspenseful story line. Certainly much of novel’s power resides in the oddness and otherness to this place. But what elevates this novel is the originality of its language. No cliches of the wild in these pages.

There’s an oddness and otherness to this place, and Giraldi speaks its taut, original language.

To appreciate its power fully, “Hold the Dark” should be read closely ― not so much for clues to the mystery, but rather for an appreciation of how language bridges worlds. From the beginning, when Russell Core arrives at the Slones’ home, he observes what remains: “(T)he boy’s yellow snow boots stood like sentinels on the mat near the door, his navy pillowed coat on a hook.”

That image of yellow boots like sentinels persists ― as do so many others in the novel. As Giraldi writes: “The dead don’t haunt the living. The living haunt themselves.” (MCT)