By Korea Herald
Published : Sept 18, 2014 - 20:44       Updated : Sept 18, 2014 - 20:44
Most people in their 70s slow down when it comes to work and settle into the comfort of retirement ― but not Daisy Lee Yang. Instead, the former teacher, doctorate in comparative and international education, diplomat’s wife, and loving grandmother pursued a new chapter in her life. She decided to write a novel with a superhero whom her grandchildren can look up to.

The result is “Lady Bora from Diamond Mountain,” a historical fantasy novel of a super heroine during the Joseon era (1392-1910). Though, she had translated a number of books in the past, it is her first novel.

“In a sense, the book is about me rediscovering my roots,” said the author during an interview with The Korea Herald at a cafe in Gwanghwamun, Seoul, earlier this month. “All my life, I have been mostly exposed to Western culture, Western literature and Western ways of thinking. Now I am in Korea and started to appreciate Korea in depth and its beautiful culture.” 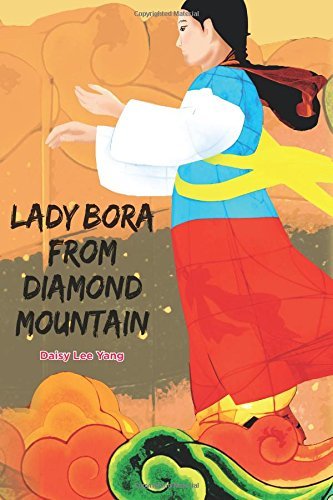 Born in Hamheung, North Korea, the 71-year-old went to elementary school in Japan, moved to Hawaii and later to Kentucky. When she came back to Korea in 1988 with her husband, Yang Sung-chul, who was South Korean ambassador to the U.S. from 2000-2003, she taught English at different universities.

“Who are your superheroes?” Yang asked the students in her class. “The students shouted out historical figures like Adm. Yi Sun-sin, Korean patriot Kim Gu and Shin Saimdang (a female artist in the Joseon era and the mother of Confucian scholar Yulgok).”

“So I asked them again. Who are your fictional superheroes?”

“Many of them hesitated and said along the lines of Hong Gil-dong and Shim Chung,” she said.

It was then that Yang decided to create a fictional superhero for young people. Also, with her children living abroad in mind, she wanted her book to help them read and appreciate the vast beauty and enriching past of where their parents and grandparents came from.

Finding the right character, Lady Bora, as the protagonist of the novel took copious research.

“Finally I found her from ‘Parksijeon’ (The story of Lady Park), a Korean story from the 17th century written by an anonymous author,” said Yang. “‘Parksijeon’ is a beautiful story of a heroine possessing extraordinary power who is brave and loyal to her family and country in spite of her grotesque appearance.”

“The original story itself is only 60-70 pages long, so I decided to re-write it adding my own interpretation and a good cultural dimension into the story,” said she.

“Lady Bora from Diamond Mountain” centers on super heroine Lady Bora ― which means “to look up” in Korean ― who overcomes her suffering and destiny and saves her country from its direst moment.

The tale is full of magic, like “Harry Potter,” said Yang. “But also, the characters are very alive in the sense that they act according to the cultural values of the time, Confucianism, Buddhism, Taoist and Shamanism. They are unique because they act within the confines of the traditional system, but also go beyond that when it is needed, like when Lady Bora fights against the Manchu general to defend the country.”

Yang suggests that the story resonates with today’s readers as well.

“It explores different types of relationships and their dichotomies, husband and wife, parents and kids, officials and people, and in-law relationships,” she said.

The pleasingly expansive narrative is peppered with detailed character illustrations.

“I thought it was important to depict the detailed facial features and expressions for those who are not familiar to the unique Korean physique,” replied Yang.

“I am a grandmother writing historical fantasy,” the author said with a smile.

“But I would like to write more novels in the future, maybe a sequel to ‘Lady Bora,’” she said. “And maybe it would be very exciting to see this book made into a historic TV drama series or film in the future.”