‘Summer of the Dead’ has powerful plot 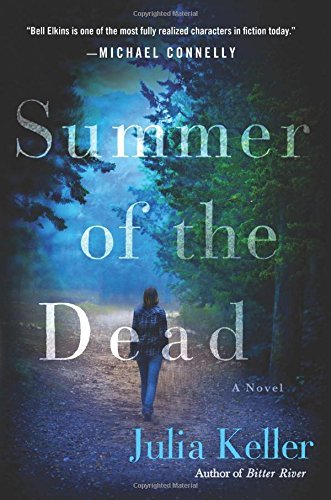 Summer of the Dead
By Julia Keller
(Minotaur Books)


Small towns ― where everyone knows your name and keeping secrets seems unfathomable ― can be hotbeds of concealment. No one really knows what goes on behind closed doors or within a family’s dynamics.

Julia Keller’s third novel set in the Appalachian community of Acker’s Gap, West Virginia, expertly explores how people in small towns hide in plain sight many of their flaws, hopes and even a propensity for violence. Keller’s insights into the vagaries of families provide a solid foundation as the character-driven “Summer of the Dead” delivers a plot rich with believable action and intriguing twists.

Bell Elkins escaped her traumatic upbringing only to return to her hometown as the prosecuting attorney for Raythune County. She fights for those who feel their lives are hopeless, weighed down by the area’s poverty. Bell also knows how violence can destroy, especially when it erupts in the home, a situation she knows all too well. Her older sister, Shirley, has been recently paroled to Acker’s Gap after serving a 30-year prison sentence for killing their father to stop him from sexually abusing Bell.

As the sisters try to rebuild their uneasy relationship, Bell contends with two brutal murders ― an elderly man working in his driveway and a middle-aged man walking in the woods. The few clues that she and Sheriff Nick Fogelsong pull together lead her to the dilapidated home of Lindy Crabtree, a lonely teenager who is the sole caregiver for her brain-addled, and sometimes violent, father, Odell. The surprising denouement further emphasizes how family secrets can destroy.

Bell gains strength from her platonic relationship with the sheriff, but feels helpless around Shirley, whose anger is palpable. Caring for her father isolates Lindy from the community. Odell has difficulty standing straight because of his years as a coal miner, so Lindy has arranged the basement to resemble a mine, with rocks, branches and pitch-black darkness, a situation outsiders might not understand.

“Summer of the Dead” delivers a powerful plot as Bell struggles for herself and the town to prove that one can go home again. (AP)