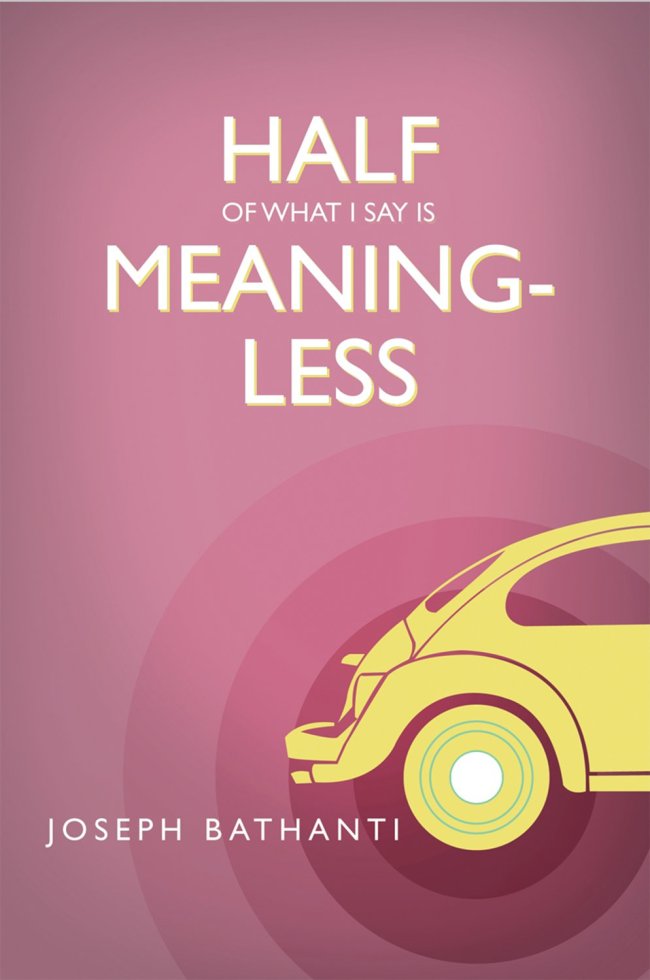 
It’s 1976, and Joseph Bathanti, former North Carolina poet laureate, is leaving his native Pittsburgh in a 1969 VW Beetle that lacks a reverse gear. He is 23 and heading to the mythic South to work as a VISTA volunteer.

In this land of extemporaneous prayer and exotic inflections (“On was own.” “Can’t was caint.”), life instantly begins to revise itself for the young transplant. “I was,” he writes in a new collection of 14 essays, “before my very own eyes, metamorphosing.”

It’s not that Bathanti, a professor of creative writing at Appalachian State in Boone, North Carolina, didn’t ever reverse his route to his parents or the Catholic, working-class neighborhood of his youth. But once the South ― and his future wife Joan, a Southern Baptist and fellow VISTA worker ― spins its magic, he can never again back into that space called Joseph-as-I-once-was.

Winner of the Will D. Campbell Award for Creative Nonfiction, “Half of What I Say Is Meaningless” is a strikingly felt collection, in which the poet and novelist explores his own geographical and emotional terrain. From his arrival in Atlanta and his first glimpse of Joan (“... I whispered to myself, Mother of God... .”) to Charlotte, to Shuffletown, to Anson County, to Asheville, North Carolina, where Bathanti finds himself “miraculously transformed into a Thomas Wolfe fanatic,” Bathanti packs the essays with colorful detail.

The title essay, from the John Lennon song, is about his near-brush with Vietnam (“For boys of my generation,” he writes, “Vietnam had been there all along, like some hideous lethal recessive gene...”). “Real Work” describes his youthful manual-labor jobs and his gratitude for the work he does today. (“The dream of my ancestors when they hobbled onto those ships along Italy’s impoverished coast, ... was that I and my ilk would never know what William Faulkner calls in ‘A Rose for Emily,’ the old thrill and the old despair of a penny more or less.”

In the first, Bathanti describes the bell-ringing joy that erupted in Pittsburgh when, as a second-grader, he witnessed on TV that moment when Bill Mazeroski, “a humble Polish-Catholic second baseman with the hands of a magician,” leads off the bottom of the ninth for the Pirates and wins the World Championship. (“A Station of the Cross,” he writes. “Clearly a miracle.”)

Bathanti describes how his father came to believe ― and repeatedly told ― that he and young Joe had actually had seats in Forbes Field that day, and moreover, that his 7-year-old son had stood before all 36,663 fans and proclaimed that Maz would hit it out on the second pitch. To his credit, Bathanti never corrects his father.

In “Your Mum and Dad,” Bathanti captures the mixed feelings of many adult children toward their aging parents. His parents have visited for two weeks. Now it’s time to leave. Uh-oh. A storm darkens the sky. From the airport terminal, Bathanti watches: “... I want this plane to take off,” he writes. “I want it to take off even if the sky doesn’t clear.” Bathanti fears “another round of goodbyes,” that his parents will return home with him and repeat the visit. “Repeat it again and again, like the transmigration of souls, until we get it right.”

Back home, Bathanti wanders into the bedroom where his parents stayed and realizes that “this inscrutable hush enveloping the house is their absence, and now I miss them desperately.”

These essays sprinkle grace on our weaknesses and genuflect before acts of kindness and passion. (MCT)