2NE1 gears up to hypnotize Japan 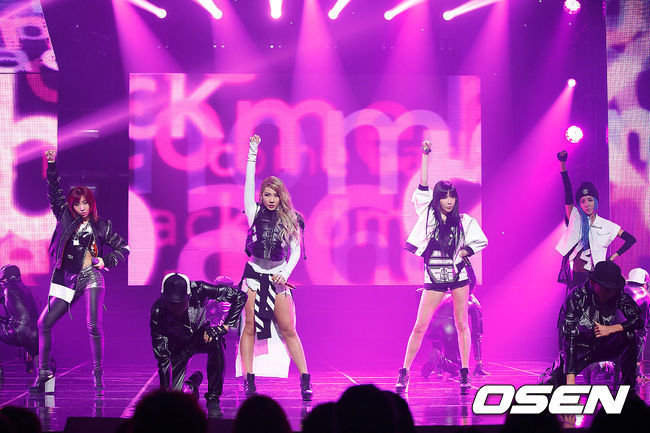 The K-pop girl group 2NE1, currently on world tour, released a promotional video for its upcoming Japanese edition of the EP “Crush” on YouTube.

The group is to release the album in Japan on June 25 with repackaged contents, different from the Korean edition.

As the Korean version of “Crush” was thoroughly loved by fans worldwide, the upcoming album is raising anticipation among eager fans. The album will have 10 tracks: “Crush,” “Come Back Home,” “Gotta Be You,” “Do You Love Me,” “Happy,” “Falling In Love,” “I Love You,” “If I Were You,” “Missing You” and the unplugged version of “Come Back Home.”

In addition, the upcoming EP will contain a Japanese version of a music video that caught the eyes of thirsty fans.

2NE1 seems to have made an effort to provide an album that contains most of its colors to captivate patient fans since it has been two years since the group released an album in Japan.

Following the release of the EP, four members -- Minzy, Park Bom, CL and Sandara -- will hold concerts in Japan as part of their world tour “All or Nothing.” 2NE1 will perform at Yokohama Arena from July 5 to 6 and at World Memorial Hall in Kobe from July 12 to 13.

The fervent group will interact with Japan fans at after-parties in Shibuya on July 6 and in Osaka on July 13.