‘Deceived’ explores dark side of fishing 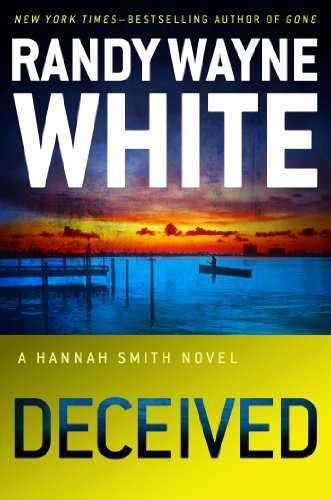 Randy Wayne White has made Florida’s Gulf Coast an iconic part of crime fiction with his novels about Marion “Doc” Ford.

His new heroine Hannah Smith, introduced in last year’s “Gone,” isn’t a substitute for Ford. But she is an intriguing enough character to make readers look forward to her second appearance in the suspenseful “Deceived.” Smith, a Gulf Coast fishing guide who inherited a nearly defunct private detective agency from her uncle, lives near Ford’s beloved Dinkin’s Bay in Sanibel Island. But White is careful to sculpt Hannah as a distinct character. She is not just Ford in a dress ― not that this outdoorswoman wears too many skirts.

White uses “Deceived” to continue exploring his concerns about Florida history and environment, adding in scams, especially those that target elderly. The brisk “Deceived” twists and turns as often as Hannah’s boat navigates the hidden inlets and shoals of the Gulf while she tries to avoid the waves of human treachery.

The death of Rosanna Helms pulls Hannah into investigating the 20-year-old unsolved murder of her husband, Dwight. Back in the day, Dwight, like many commercial fishermen of the area, turned to smuggling marijuana after struggling with increased state regulations that put many of them out of work. With their livelihoods threatened, many turned to drug running to support their families.

Rosanna’s death also may be related to a planned museum devoted to the “heritage of fisherfolk” that is pressuring Hannah’s mother and other elderly residents into donating heirlooms and money. Closer to home, Hannah gotten into a feud with her next-door neighbors who demolished a historically protected Indian mound and artifacts so they could build a mansion.

Ford plays a small but vital role in “Deceived,” but White wisely keeps him on the periphery. Ford and Hannah have become lovers but for most of “Deceived” he is off on one of his side jobs. These adventures, no doubt, will show up in the next Ford novel.

Meanwhile, Hannah has found her place in crime fiction as “Deceived” proves. (MCT)