A wistful romance in the City of Light 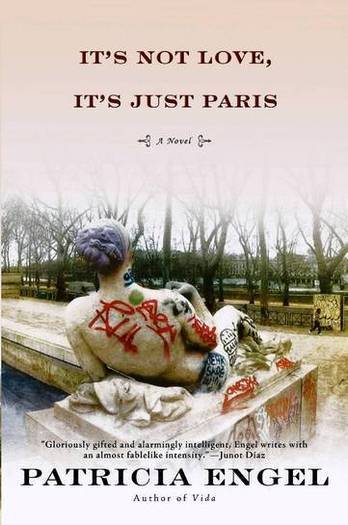 Patricia Engel sets her first novel in late ’90s Paris, where recent college graduate Lita del Cielo arrives to take language classes for a year. It’s a respite of sorts as she attempts to forestall the expectations of her Colombian immigrant parents, who arrived in the United States with nothing and built a Latin food empire in short order.

Twenty-year-old Lita is to live in the House of Stars, a crumbling old mansion on the Left Bank. Her landlord, an elderly onetime countess named Seraphine, props herself up on a huge sleigh bed to receive visitors and dispense advice to the “well-bred debutante boarders” who have come to Paris to “study” but seem to spend most of their time in pursuit of love.

The other girls ― from Colombia, Spain, Brazil, New York, Italy ― don’t quite know what to make of Lita, with her dark skin, sexual naivete and immigrant traditions. Even though they’re all part of a “newly moneyed international breed,” they brag about their bloodlines, “waving the family crest rings on their fingers.” Lita has no such crest, nothing to brag about, but her roommates eventually come to regard her as a member of their ersatz family. They will come to provide the chorus as she solos in her own love story in polyglot Paris.

At first, Lita seems content with her role as onlooker, observing the other girls as they fall in and out of affairs. Then, one night on the Pont Alexandre, she meets a boy named Cato, “in the family of handsome, but askew, unkempt, with a marbled complexion like Paris fog.”

Their courtship is quiet, almost wistful, with none of the theatrics that seem to dominate young love in popular culture. They are slow to speak, to touch, to embrace. The evolution of their empathy, their love, their place amid the girls of the House of Stars is wondrous: “There was something in his sweet first impressions. Those willful projections. I wondered if we were whom the other hoped. He hadn’t yet said when he would leave. So I pretended he was here forever. There was no morning, only this perpetual hour, this room warm with our breath and sweat. Those sheets pushed off the bed, this silence of two bare bodies.”

Everything about the relationship ― the conversations, the plans, the increasing dependency ― is believable, including the roadblocks. Lita’s time in France is limited; the pull and expectations of her family, undeniable. Cato, the 22-year-old son of a notoriously conservative, anti-immigrant French politician, cannot escape his own family ties. The collision of Cato’s father’s old-world values and Lita’s otherness looms as an ominous prospect, as does Cato’s physical frailty.

Engel’s first book, a story collection titled “Vida” narrated by a young Colombian American immigrant, was widely praised as a showcase for her ability to communicate the interior and exterior lives of a heroine who must navigate a constantly shifting terrain. That skill is on display in “Paris” as well, although at some point, perhaps midway through, you will find yourself consumed in the ebb and flow of Lita and Cato, nodding in understanding and remembrance as they struggle to find their footing.

A good read will captivate at any time, but try to read “Paris” while there is still some length to the day. When you finish, you can arise from the sand or the lounge chair and still observe the sunlit world around you ― a cyclist slowing for a stop sign or a child walking a dog or a neighbor returning from the grocery store. You will be able to resume your normal life, ignore the ache in your throat and suppress the memories of everything you have loved and lost. (MCT)