Some of the most prominent members of the ruling party are the staunchest supporters of redeploying tactical nuclear weapons in South Korea as a deterrent to Pyongyang’s nuclear ambitions.

Among them, the party’s former chairman Rep. Chung Mong-joon has been the most outspoken. 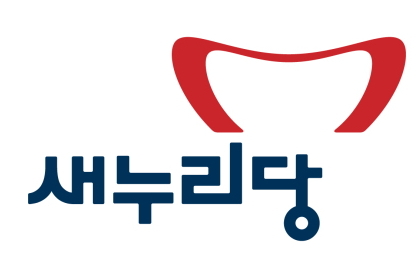 “The question is, for South Koreans, can we live peacefully with a nuclear-armed North Korea? The answer is ‘no.’ Nuclear deterrence can be the only answer. We have to have nuclear capability,” Rep. Chung Mong-joon of the Saenuri Party said in a recent interview with CNN.

Chung has brought up the idea time and again as a possible way to bring Pyongyang to heel.

“The reason I have called for redeployment of tactical nuclear weapons is that nuclear (weapons) are the only way to stop North Korea’s nuclear development,” Chung said at forum hosted by the Asan Institute for Policy Studies in February. At the time Chung also played down the significance of such developments saying that “it is only reversing the situation to before 1992.” He added that he also suggested the measure to the government two years ago.

“South Korea would not be violating the Nuclear Non-Proliferation Treaty as the tactical nuclear weapons belong to the U.S. The U.S.’ nuclear umbrella is sometimes referred to as a torn umbrella, and it is now time to repair it.”

Chung is not alone in calling for nuclear armament of South Korea within the Saenuri Party.

Rep. Won Yoo-chul, who has served as the chair of the National Assembly’s National Defense Committee, has also called for redeployment of tactical nuclear weapons.

“It is urgent that the nuclear imbalance between the South and the North is addressed,” Won said at conference of senior Saenuri Party lawmakers in February.

“We have to establish a response system against nuclear weapons in order to regain military balance,” Hwang said in February.

“We need to prepare even for the undesirable situation of ‘nuclear dominos’ in northeast Asia. In the face of nuclear weaponry, a weapon of mass destruction, we cannot be depending only on talks.”

Although the Saenuri Party has so far stopped short of calling for Seoul to begin its own nuclear weapons program, some of its members have already raised concerns over such developments.

“(South Korea) arming itself with nuclear weapons would bring about economic and diplomatic isolation, and have a critical impact on the country’s economy,” Rep. Yoon Sang-hyun said in a statement earlier this year.

“In addition, it would shake the South Korea-U.S. alliance to its roots and lead to security insurance disappearing.”