As well as existing Anyday products, new Anyday Organic Cotton, made wholly of organic cotton, was certified for this year, the leading Korean health and hygiene products-maker said. 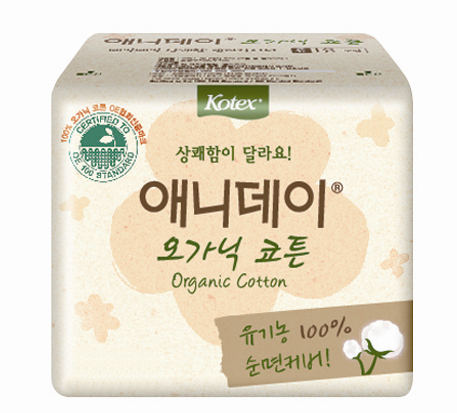 The latter has been receiving favorable responses from consumers for being healthily refreshing, according to the firm.

The product also complies with the “OE 100 Standard,” a certification granted to those made of 100 percent cotton by Organic Exchange, a U.S. organization which promotes the use of organic cotton, officials said.

“We have been investing largely in the safety and wearability of women’s hygiene products. Anyday Organic Cotton, in particular, was able to prove its quality as it was also certified by both KMAR and Organic Exchange,” Lee Ho-kyung, director of women’s marketing said.